I first became acquainted with this Nigerian artist’s work during a run at the galleries in Chelsea a couple years ago. I remember being so viscerally struck by her drawings that day. They were white pencil on white paper– I had to lower my body and kneel closer to the ground to see what the drawings held. It was a moving experience to encounter the fullness of these white identities she drew out for the appraiser– very controlled and calculated.

I’ve since become fascinated by the unique mark-making techniques she employs.

Imagine a big drawing like this, except everything was white on white.

The Brooklyn based artist uses whirls and lots of hairy (really that’s what it looks like in person: the wispiest of wispy hairs) detailing to create rich visual narratives that surround her already deeply contextualized subjects. If you look at her artwork in person, you’ll see all the swirls and membrane-like pieces that make up the sum of a composition of faces, bodies, and identities– so much integrity and thought put to paper face via graphite, charcoal, or pastel: 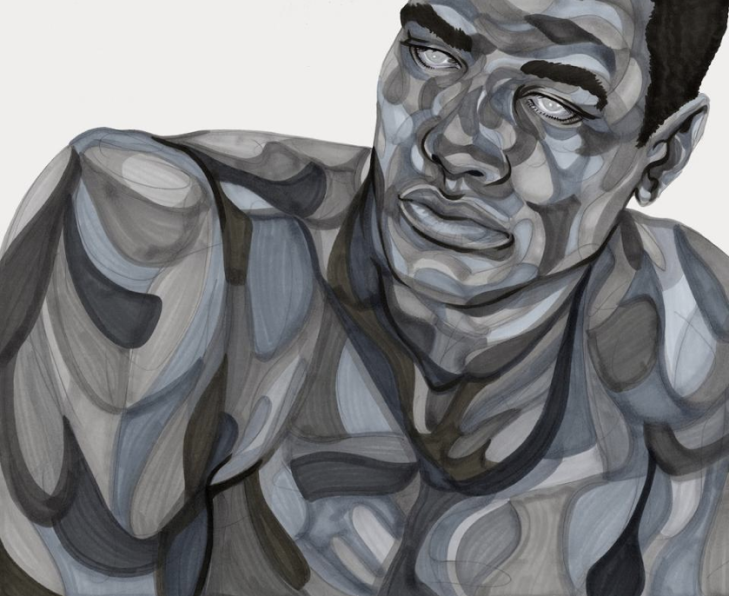 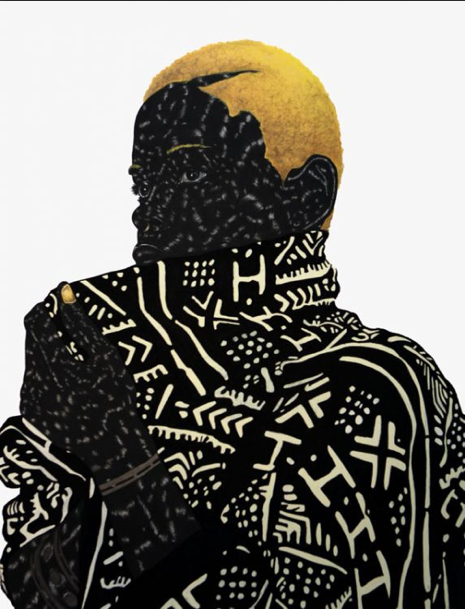 Toyin toys with anything from discussions on natural identity to more poignant POVs on say, racial profiling.

I’m happy to share that Toyin Ojih Odutola will be holding her first solo exhibit at The Whitney Museum this month, a commission that is well deserved by this outspoken wunderkind. Check out her upcoming show, To Wander Determined, at The Whitney Museum of American Art on 99 Gansevoort St., open to the public from October 20th.

Osamu Yokonami is a Japanese artist and photographer based in Tokyo who devotes his lenses to the development of photographs contemplating homogeneity. His group portraitures are regarded for invoking notions about identity, the collective, naturality, and youth. 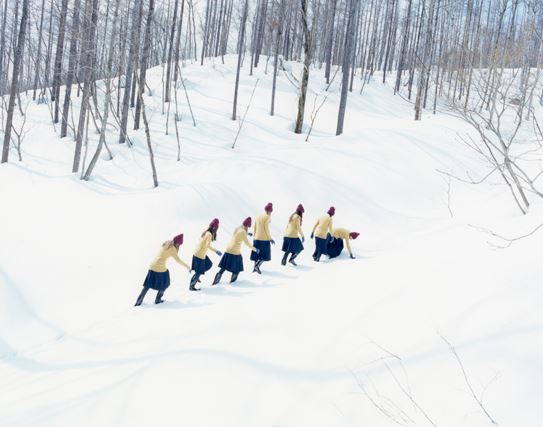 Could be wrong, but pretty sure this is the photo that first pulled me to Yokanami.

I first became acquainted with Yokonami’s works at De Soto Gallery’s exhibition at the 2015 PULSE Art Fair in New York. His “Assembly” series was on display that day, and it most piqued my interest out of the swarms of art set out for many an art viewer’s purveyance. I ended up finding myself walking back to that booth section multiple times that Saturday afternoon, and since then, I’ve been  following Yokonami’s activities for nearly two years now (that’s what good art does to you peeps).

I find pleasure  in the idyllic qualities and the strange calm surrounding the odd  symmetries of his photographs- unsettling, a little disconcerting, and also very beautiful.

I don’t really know what exactly I feel when I see his photographs, it doesn’t remove me and it doesn’t forcefully push me to a place where I’m aggressively thinking about an issue, a topic, or a stance.

Yokonami invites us to dwell on the journey for truth rather than the desination, I think. Or that’s what I feel.

The closest description I could put in regards to Yokonami’s effect on me is that his works put me in a deliberate state of an “in between” (As I see it, my mind occupies at this moment of seeing a super charged space with elements ie. high stimulation + calm + little sparkly little things firing everywhere in harmonious and  purposeful direction, but I can’t really determine the end of where they’re going (not sure there’s supposed to be one, or if that’s the even the point/goal)). I feel curiosity seeing his works and pondering on them is an experience beatific.

Scroll through his series of 100×2 photos of female children posed with fruits (apples and oranges) on their shoulders– and you’ll feel something too I bet. 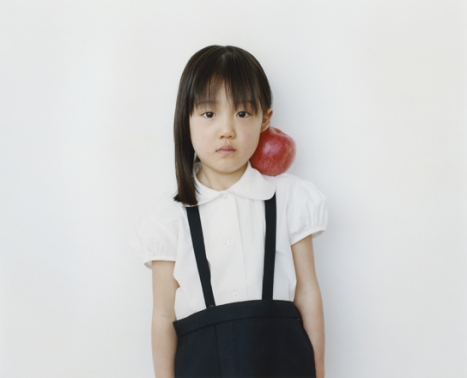 Personalities and energies of the children I found myself gravitating towards –felt increasingly in this descending order.