I’m an avid supporter of the arts, and for illustrations, Jean Jullien is my favorite artist for them by far.

The French artist’s claim to fame would arguably be at least for most public records, his impromptu illustration of the Eiffel Tower peace symbol in response to the terror attacks in France in 2015; This symbol was subsequently appropriated and propagated by every major and minor media outlet.

Might I also add that I had the pleasure of meeting him in New York that same year at a JUXTAPOZ Newstand Booth in the middle of Times Square? My right hand got to shake with his right hand. It was wonderful, although I regret to say that said hand has since been washed.
Jean Jullien manages to seamlessly blend light humor with real, and sometimes hard life truths, bringing light into the doldrums of life — the happenstances and practical things we get used to seeing and experiencing. He is quickly becoming a veritable influencer, a modern-day wizard, who injects lots of hope and much needed truths into the world.

Here’s a recent work of his depicting the #realreal of city life, specially selected for my fellow New Yorkers: 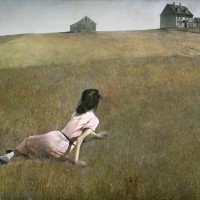